You are here: Home1 / Hausa

Our expert team of Hausa translators can adeptly render your document into the vibrant Hausa as spoken and written today!

Our team of highly-qualified Hausa translators are all graduates of Nigeria’s prestigious Ahmadu Bello University, and can adeptly handle English (and French) to Hausa translations.  They are well trained in English, French, and Hausa and have in-depth knowledge and familiarity with the technical, medical and legal terminology that is often needed for today’s translation project.

Contact us about your Hausa translation or localization project

Hausa (هَوْسَ) (a.k.a. Abakwariga, Habe, Haoussa, Hausawa, Haussa, Housa, Houssa, Kado and Mgbakpa), is a Chadic language with some 45 million native and 25 million second-language speakers (and growing), spoken mainly in northern Nigeria, Chad, and Niger. Sudan is also home to a sizable Hausa-speaking community, dating from when northern Nigeria was a British protectorate from 1900 to 1914. Significant minorities reside in Ghana, Sudan and Cameroon. Hausa also serves as a trade language across a much larger swath of West Africa, spanning Benin, Burkina Faso, Cameroon, Central African Republic, Congo, Eritrea and Togo. 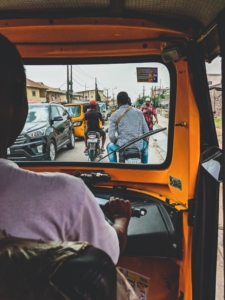 When all languages (colonial and native) are included, Hausa is the sixth most spoken language across the continent, behind Arabic, French, English, Portuguese and Swahili.

The language is used in commerce, government and the media. While higher education in northern Nigeria is generally taught in English, instruction in the region’s primary schools is given in Hausa. Alongside a growing body of literature, Aminaya, Gaskiya Ta Fi Kwabo, (“The truth is worth more than a kobo1”) and Leadership A Yau are the leading newspapers among the several published in the language.

Hausa is the lingua franca among Muslim communities across West Africa with every sizeable city in the region home to a large Hausa community. Many Muslims in non-Hausa areas have a working knowledge of the language.

Standard Hausa is based on the dialect of Kano, Nigeria’s largest and most important Hausa-speaking city. The variant is what is used on Nigerian radio and TV. The world’s leading shortwave broadcasters, BBC, China Radio International, Deutsche Welle, IRIB World Service (Iran), Radio France Internationale, Voice of America (VOA) and Voice of Russia all beam Standard Hausa programs into Nigeria and Niger as well as throughout West Africa. Kannywood, Nigeria’s Hausa-speaking film industry, is the country’s answer to Hollywood. Hausa is recognized as an indigenous national language in both Nigeria’s and Niger’s constitutions.

Despite a plethora of dialects, a highly uniform language

Hausa dialects can be categorized into three distinct groups:

Throughout the areas where Hausa is spoken, the language is remarkably uniform in pronunciation, vocabulary, and structure. The varieties of Hausa are considered as mutually comprehensible as the varieties of English. Based on the low level of variation among dialects and the relative similarity of Hausa everywhere it is spoken, linguistic experts have determined that the language has spread rather rapidly and rather recently.  This is the only way it could have covered such a vast area with such a large number of speakers while remaining so uniform.

Hausa is the most common lingua franca among traders throughout many parts of West and Central Africa as well as across the Sahel. It is spoken in Benin, Cameroon, Ghana, Togo, and other countries outside of the regions where the language is spoken natively. Besides, it is a popular subject at universities in Africa as well as in other countries. As most people who speak Hausa are Muslims, whether they are native or second-language speakers, the language  has also become the main means of intercommunication for Muslims from different parts of Africa.

Hausa has been written with an adapted version of the Arabic script called àjàmí since the early 17th century as most early Hausa literature consisted of Islamic poetry or was religious in nature. Ajàmí is still in use today, mainly for penning poetry. As no standard spelling system has been established for Hausa written in the Arabic script, some variation in spelling exists among different writers.

Starting in 1912, Hausa began to be written in a standardized orthography called boko or bóokòo. The writing system is based on the Latin alphabet, including a few modified letters to represent glottalized consonants. The Latin-based orthography is the one now adopted for newspapers, books, education and media in general. Some differences exist between the boko in use in Nigeria and Niger due to different English and French spelling conventions.

With the exception of religious texts, any translation into Hausa today would adopt the Latin-alphabet based-boko.

A language growing in literary importance

Early in the 20th century, the British colonial administration in Nigeria founded a publishing firm with the mandate of issuing books in Hausa. A concerted effort was launched to recruit and nurture Hausa authors, resulting in the birth of a Hausa literary movement. The movement remains active today. As Hausa speakers become more literate, a great number of small books have been and continue to be published in the language. Romance novels and religious instruction manuals are the most popular genres, while other topics are making inroads. The books are for the most part issued by small publishers in the northern part of Nigeria, and often go out of print quickly, making them difficult to obtain outside of Hausa speaking areas. The language has developed a growing web presence with online magazines and news sites.

One of the key ways and perhaps the key way in which Hausa is consumed is via the multitude of available short-wave radio broadcasts. The government-supported radio stations of China, Germany, Iran, the UK and the US all have news broadcasts in Hausa which are beamed throughout West Africa via shortwave. Most people in Hausa-speaking regions own or have access to a shortwave radio. The broadcasts are their key link to the outside world.