Expand your reach when communicating with this immense, 1.35 billion people-strong market by translating and localizing your content into African languages

Demand for content in local African languages is a growing trend.

Companies are realizing the advantages of reaching both African consumers and businesses in local, daily-spoken languages. Doing so enables them to reach more of this market’s 1.35 billion people (encompassing one sixth (16.7%) of the world’s population!) 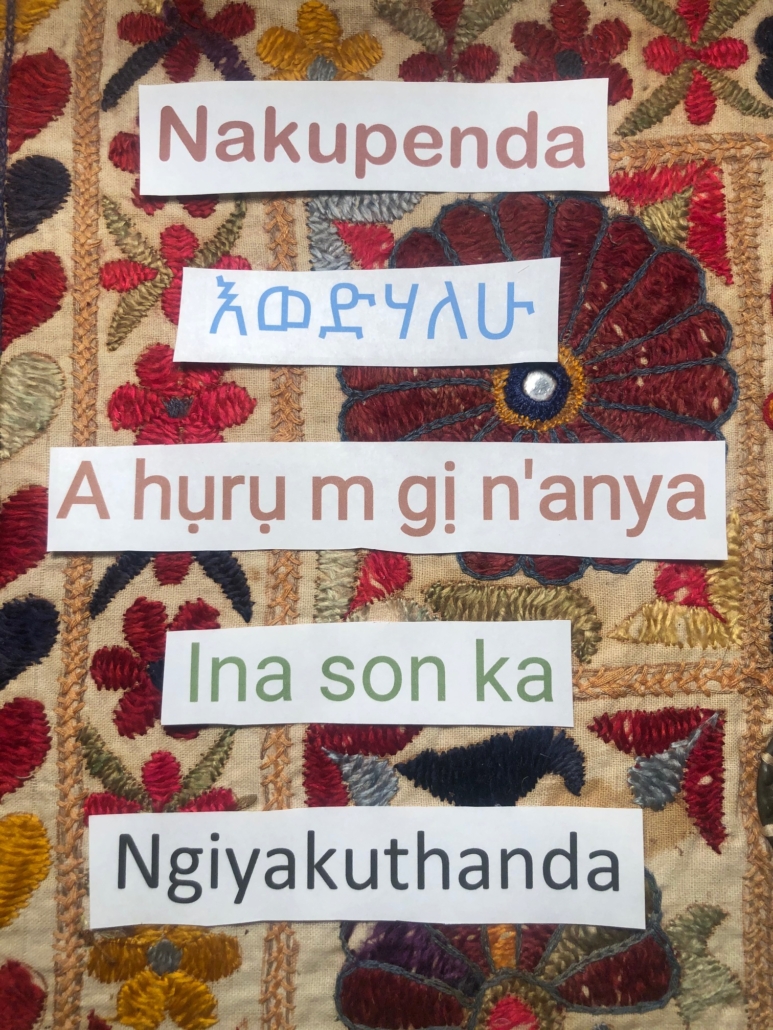 Africa today accounts for just under 17% of the world’s population, but only about 3% of global GDP.

Since the 1990s, positive change has been afoot. The continent is well poised to become one of the world’s major sources of growth.

GDP growth in Sub-Saharan Africa has averaged 5% per annum since 2000. For the continent as a whole, the rate is just slightly less.

And according to a 2016 McKinsey & Company report, by 2045, this fast- urbanizing continent will grow by 24 million people annually – a growth rate that exceeds that of China and India combined.

COVID’s effect on the African economy

Like the rest of the world, the COVID-19 pandemic set Africa back in 2020. The last World Bank report issued on October 20, 2020, projects the continent’s economic activity declining by 3.3% for the year. Yet, the same report predicts the region will rebound in 2021, with growth of 2.1%. Growth accelerates in 2022, with the report looking forward to a growth rate of 3.2% for 2022.

Covid forced many governments to accelerate reforms, with Angola, Ethiopia and South Africa having already done so — “ensuring that they are poised for growth when the threat of the pandemic has subsided,” according to Hafez Ghanem, World Bank Vice President for Eastern and Southern Africa.

The pandemic has also highlighted the opportunities for growth by embracing the digital economy. Governments have intervened to lower the cost of services, devices and equipment, avoid disconnections due to lack of payment, and increase bandwidth. These actions have been complemented by programs to expand networks and bring in new technologies. Among such programs are Loon LLC, a Google subsidiary in Kenya and Mozambique that provides internet access to rural and remote areas through high-altitude balloons, as well as a project to raise internet efficiency in Ghana.

These various programs all point to a move away from reliance on traditional commodity and raw materials exports — to one dominated by intra-Africa trade based on value-added production chains.

Traditional vs new and emerging markets

Reaching these audiences requires that your messaging not only be in the official language of the target country — but also in one or several of the country’s widely spoken local languages.

The linguistic diversity in Africa is unmatched elsewhere in the world. The continent boasts some 3,000 to 8,000 languages (counting all languages and dialects). Translating messages into the most widely spoken local languages is key to success.

In countries with a plethora of languages and dialects, it is very common for people to speak several languages, even as many as four or five.

Speakers tend to use the local language only with family and friends, and community interactions, while the official (usually European) language is used in business and commerce. Such “linguistic division” descends from colonial times, and in practice, extends to the present day. Firms should be aware of the larger population they can reach if they move beyond using only the “official language”. However, it is important to note that the European language is not always the “official one”:  in Kenya and Tanzania, for example, Swahili is well established as the language of business, government and education.

When considering the use of both official and local languages, the issue of “diglossia” may come up as a challenge. What is “diglossia”?  This refers to a situation where the written version of the language diverges from the spoken one. A translation that works in writing may not work as well in speaking.

Pronto’s language experts have the necessary “on-the ground” experience as well as academic knowledge to meet the diglossia challenge.

Rapid evolution of the language

Due to the rapidly changing, modernizing environment, local languages are evolving at an accelerated pace. Content that may have been translated as recently as five years ago may already be completely out of date, as new terms may have evolved. Keeping content up to date becomes a necessity for anyone operating in this fast-changing region.

CSA Research (formerly Common Sense Advisory) 2020 survey: 76% of all consumers are much more likely to buy a product or service if information about it is presented in the local, every-day spoken language.

When targeting consumers, the strategy needs to include local languages to reach the 76% that prefer reading in their native language.

If targeting the whole of Africa, then let’s let the numbers tell the story:

When targeting consumers, the strategy needs to include local languages to reach the 72.4% that prefer reading in their native language.

If targeting the whole of Africa, then let’s let the numbers tell the story:

When the messaging is focused on a single market or region, then, for full reach across the market, languages with fewer than five million speakers need to be considered.  Let’s look at two examples, Africa’s two largest economies:

Africa’s most populous, and, despite widespread poverty, the continent’s economic powerhouse.

The country is home to over 525 local languages. No marketer could conceive of translating their materials into so many languages. Yet, a handful of languages dominate, with Hausa at 63 million (including non-native speakers), Yoruba at 42 million, Igbo at over 35 million, Fulani at 15 million, which, when including the country’s 60 million who claim competence in English, would provide somewhere in the range of 80-90% coverage.

To go deeper, the next languages would be Ibibio at 10 million, Kanuri at 8 million, Tiv at 4 million, and Edo, Igala, Nupe and Izon at between 2 and 3 million each.  However, finding competent translators for these less spoken languages would be a serious challenge.

In such a case, a successful consumer level outreach would be English plus the four languages that dominate.

South Africa is Africa’s second largest economy (after Nigeria). Although the impression from abroad is that English is dominant, issuing one’s messaging in this idiom alone would not get a marketer very far. English is not the number one most spoken language, but is rather in fourth place –with less than 10% of the population claiming it as their native language.

An audio version of your message

A highly recommended approach is to have the written text or messaging accompanied by a podcast or mp3 audio version of the text. Once the translation is completed, the translator reads the text which is recorded onto a mp3 file. Almost all computers and smartphones come with this capability built in. The audio provides another avenue to reach consumers.

As a translation agency, we have several African language matter experts on board to assist with messaging to every African country. The latter is offered alongside creative translation services for the multitude of languages spoken. Furthermore, we work hand-in-hand with several of the continent’s leading media and PR agencies, which can enhance the creative and distribution side of your marketing or outreach program.