You are here: Home1 / Canadian French

Pronto Translations has teamed up with a leading translation program at Université Laval in Quebec City, Canada.  The university is known for having one of the top programs for the education of qualified Canadian French translators.

The vast majority of Pronto’s team of qualified translators are graduates of this prestigious program, ready and waiting to take on your English to French Canadian assignment (or, from Spanish, German, Italian, Portuguese and many other languages into Canadian French.)

Contact us about your French Canadian translation or localization project

A must for penetrating the Canadian market

1 out of 5 Canadians speak French as their mother tongue. Your enterprise can have a full presence in the Canadian market with a French Canadian version of your website, promotional materials or press release.

French Canadian communities are mainly in Quebec and New Brunswick, however, communities of French speakers exist in every province. By law, they must be served in French in any interaction with government or its agencies.

Pronto has a locally-based team in Quebec City who can render your documents into French as spoken in Canada.

Not the same as the French in France 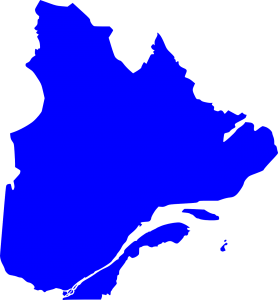 A series of laws, most importantly the Charter of the French Language, also known as Bill 101 or Law 101, is a law in the province of Quebec in Canada defining French, the language of the majority of the population, as the official language of the provincial government.

These laws sought to reverse and, to the highest degree possible, remove all anglicisms from the French Canadian language. These included the flood of new English technical terms that became a part of so many all languages, especially since the beginning of this century.

However, the Quebec Board of the French Language resisted this trend by diligently finding authentically French equivalents, thus keeping the language free of adopted English terms.

Such was not the case in France, where Anglicized technical terms were widely adopted. In addition, for over three centuries, the French language has followed its own unique development on the North American continent.

Only a qualified French Canadian translator can render your document into the language preferred by the speakers of Canadian French.

Contact us today to discuss your French Canadian translation and localization project.